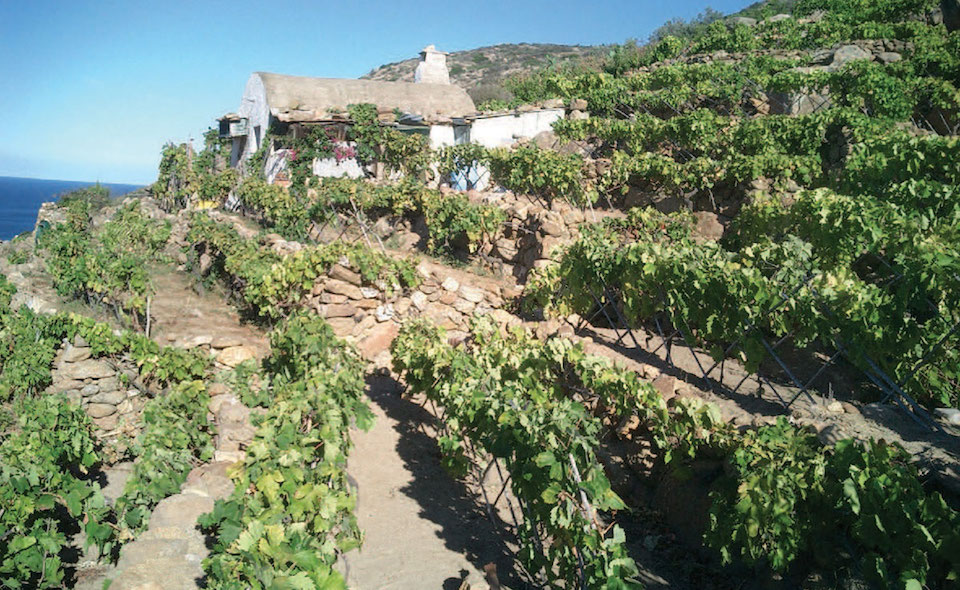 A talented abstract artist and self-taught winemaker, Bibi Graetz is equal parts rebel and trendsetter. From modest beginnings working a 5 hectare vineyard set on a hillside with stunning views of the nearby city of Florence, Graetz quickly began to make a name for himself with the release of his very first wines in 2000. Since then Graetz’s characterful Tuscan wines have achieved cult status on the global wine scene and today regularly receive scores in the high 90s from the likes of Wine Spectator, Robert Parker’s Wine Advocate, and James Suckling.

By focusing on old vines and seeking out unique plots with exceptional terroir, Graetz has expanded the project to include exceptional sites like the gorgeous island of Giglio which produces fruit for his white wines. He currently owns or leases around 200 acres and produces a modest 41,500 cases per year under the Bibi Graetz label at his historic Hotel Villa Aurora winery in Fiesole.

Graetz primarily works with Sangiovese, Colorino, and Canaiolo for his red wines and the indigenous Ansonica and Vermentino grapes for his white wines which give his bottlings a unique personality and ancient connection with the traditions of the land. All of his vineyards are farmed organically to preserve a perfect equilibrium between man and nature.

Graetz’s iconic wine is the Colore which is made with equal parts of Sangiovese, Canaiolo, and Colorino sourced from 60 year old vines and aged in used barrels for 24 months. Only 600 bottles of this highly sought-after wine are produced each year, making it an excellent option for investment. Like all of his wines, the bold label design features Bibi Graetz’s abstract art which perfectly captures the intense energy and passion of this majestic cuvee.

Graetz also produces the sensational Testamatta made with 100% Sangiovese which has been described by James Suckling as “one of Tuscany's true cult wines”. The wine spends 18 months ageing in oak barrels, the vast majority of which are 10-15 years old to ensure their influence does not overpower the pure character of the grape variety. James Suckling awarded the 2015 vintage a near-perfect 99 point score and named it “the best Testamatta ever made”.

Bibi Graetz’s wines offer an excellent opportunity for investment thanks to the producer’s commitment to crafting outstanding bottles, a very limited production, and their growing status amongst wine connoisseurs around the world.