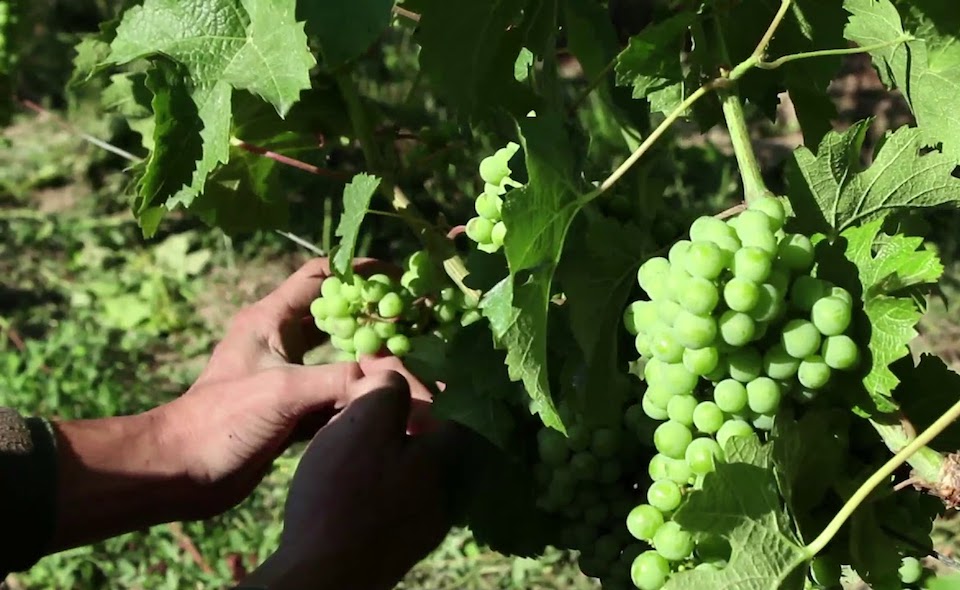 Located in one of the best spots in the Chinon appellation, Domaine de Pallus has been in the hands of the same local family for five generations. In 1889 the property in Chinon was purchased by Josep Moron who recognised the excellent viticultural potential of the site with its varied soil types and attractive microclimates.

The current owner is Bertrand Sourdais who took over when his father retired in 2005. Sourdais’ varied career included stints at Mouton-Rothschild, Santa Rita in Chile, and Alvaro Palacios in Priorat before settling temporarily at Dominio de Atauta in Ribera del Duero, Spain.

While working there in his first official post as winemaker, Sourdais made the legendary Llanos del Almendro 2002 wine which helped put the little-known estate on the map. The wine was tasted along with 31 outstanding French and Spanish wines by top French wine critic Michel Bettane who gave it first place tied with Vega Sicilia 1994. Chateau Latour 2000 came in next with second place. Success in Spain led Sourdais to consider what could be done with his family’s well-sited vineyards to create a truly world-class Chinon wine.

A few years after his return to Domaine de Pallus Sourdais converted the entire property to organic viticulture. He has also adopted biodynamic practices including the use of horn manure and making his own compost. In the winery Sourdais prefers to use a long maceration of more than 30 days to express the “soul” of his Cabernet Franc followed by slow maturation in a combination of oak barrels, cement tanks and in bottle.

Today the estate boasts vines with an average age of 40 years which Sourdais uses to produce a diverse range of wines dominated by Cabernet Franc. At the top end are La Rougerie which is crafted from a stunning single vineyard planted in 1952 and La Croix Boissée which is set on a steep slope planted in 1974. Both wines age in Burgundy barrels for 18 months followed by additional ageing in the bottle before release.

Sourdais also produces Les Pensées de Pallus from top quality grapes selected from only the finest hillside plots in his Cravant les Coteaux vineyards. Here the sandy, calcareous soils and extended hours of sunlight help to craft an elegant yet well-structured wine which Sourdais regards as his “premier cru”. The portfolio is completed with a series of younger, fresher wines named Messanges and the aromatic Le Coq de Pallus which is crafted from Chenin Blanc.