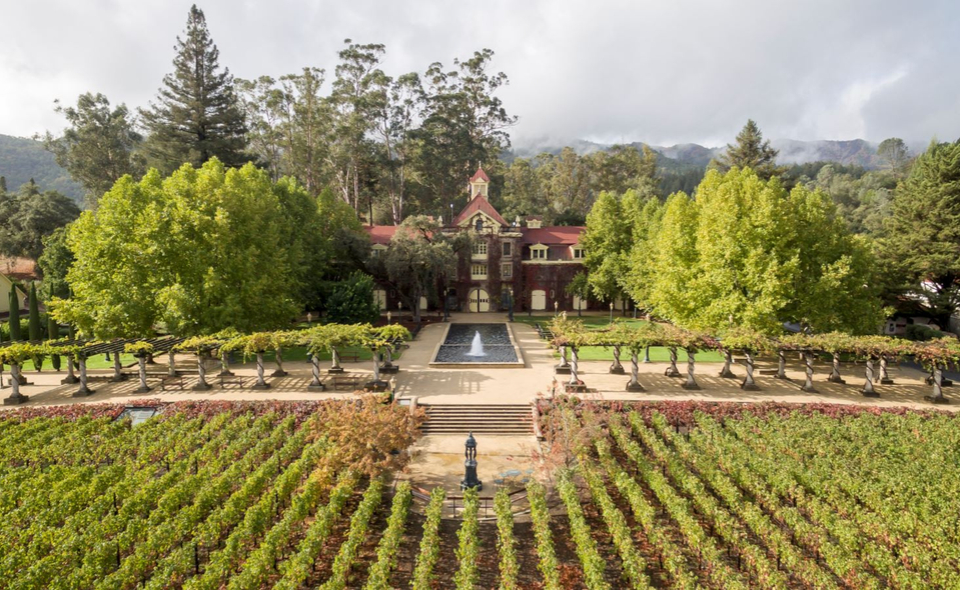 Founded by a Finnish sea captain and today owned by the Coppola family, the Inglenook story is steeped in romance and celebrity stardust. The tale begins back in the 1870s when Gustave Niebaum arrived in Rutherford to settle down on dry land. He purchased an impressive estate with 500 acres of farmland and celebrated the first Inglenook vintage soon after in 1882. The estate went from strength to strength over the next couple of generations and remained in the Niebaum family until the 1960s.

The winery was sold in 1964 in need of significant repair and investment, signaling a period of decline and decay for the Inglenook name. For years Gustave Niebaum and later John Daniel Jr had been subsidising the running of the estate with their personal wealth. It wasn’t until the 1970s that this trend was reversed and the estate was set on the path to stardom when Francis and Eleanor Coppola bought the property with profits from The Godfather films.

The Coppolas arrived with a burning ambition to craft world-class wines and restore the good name of Inglenook. This long journey began with the first harvest in 1978 and the creation of the estate’s flagship Rubicon, a Bordeaux-style red named after Julius Caesar’s fated river crossing which marked the point of no return.

Over the years the estate has collaborated with top international winemaking consultants including the so-called “Dean of American Winemaking”, André Tchelistcheff, and top French vigneron Stéphane Derenoncourt. In 2011 Philippe Bascaules joined as general manager, a role which he juggles with being MD and head winemaker at Chateau Margaux in Bordeaux where he has worked for over two decades.

One of Bascaules’ early innovations was to create a 50-year plan for renewing Inglenook’s vineyards. Along with the celebrity status of the current owner, it is this kind of visionary thinking which has revived the fortunes of the estate as a producer blue-chip Californian wines. The estate is currently undergoing a major cellar expansion to mark its 140th anniversary which is expected to be completed by the 2020 harvest.

The investment potential of Inglenook’s top wine, Rubicon, has also benefited in recent years by a run of exceptional vintages. The 2012 was awarded 95 points by Robert Parker's The Wine Advocate, and the 2013 and 2014 vintages both received outstanding 97 point scores from American wine critic James Suckling.

Along with the romantic backstory, celebrity ownership, and superb quality, Inglenook’s relatively soft pricing compared with other top Californian estates makes the Rubicon a very attractive prospect for investors looking to diversify their portfolio.