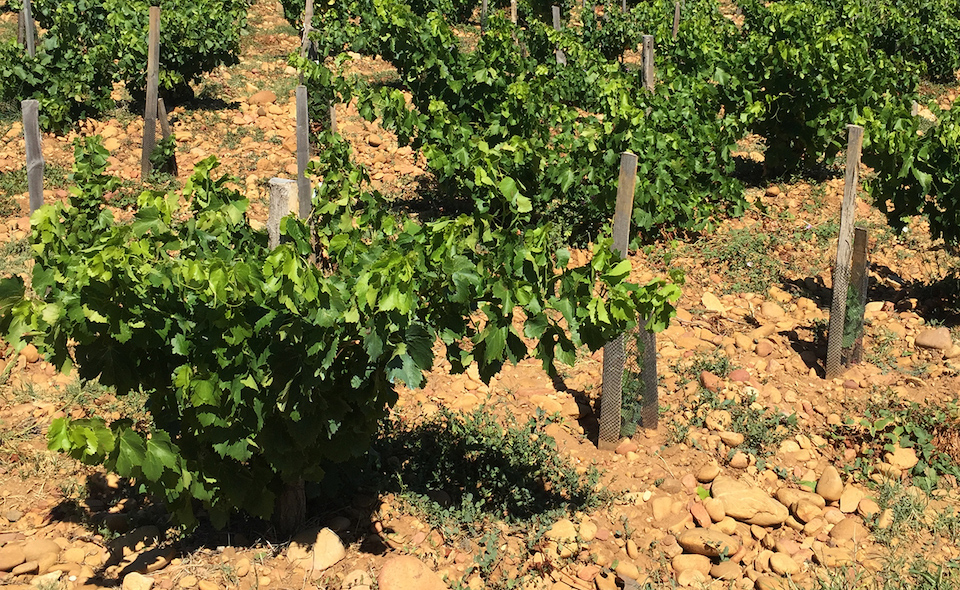 Best known for their boutique negociant house Lucien Le Moine which is headquartered at their cellar in Beaune, Mounir and Rotem Saouma also have a highly-successful project in Châteauneuf-du-Pape where they now own 21 acres of prime vineyards. The Saoumas had long desired to have their own vineyards when they stumbled across a neglected 5-acre site in Pignan which was being sold off by the French government.

Given the impossibility of acquiring such prime vineyards in Burgundy at a reasonable price, the couple seized the opportunity and began producing their first wines here in the late 2000s. Over the years they have slowly added additional plots covering all of the five towns included in the Châteauneuf-du-Pape AOC: Châteauneuf-du-Pape, Bedarrides, Sorgues, Courthezon and Orange.

The project has offered Mounir the chance to show off his skills both as a winemaker and vigneron. He takes a simple approach in the vineyard, working with organic manure, very low yields, and tailoring his cellar work to the rich tapestry of terroirs found on the couple’s land.

The vessels used for fermentation and maturation range from traditional oak barrels and larger wooden foudres to cement tanks and concrete eggs which he uses like an artist’s palette to capture the unique character of each vineyard and grape variety.

Mounir and Rotem’s iconic wine from the Rhone is their Châteauneuf-du-Pape Omnia which shows off the complexity of the local terroir with fruit from 13 varieties, 9 soil types and five villages. Made with 100% estate grapes, Omnia is aged in a combination of foudres, cement and 500 litre barrels for an extended period and bottled without racking, filtering or fining.