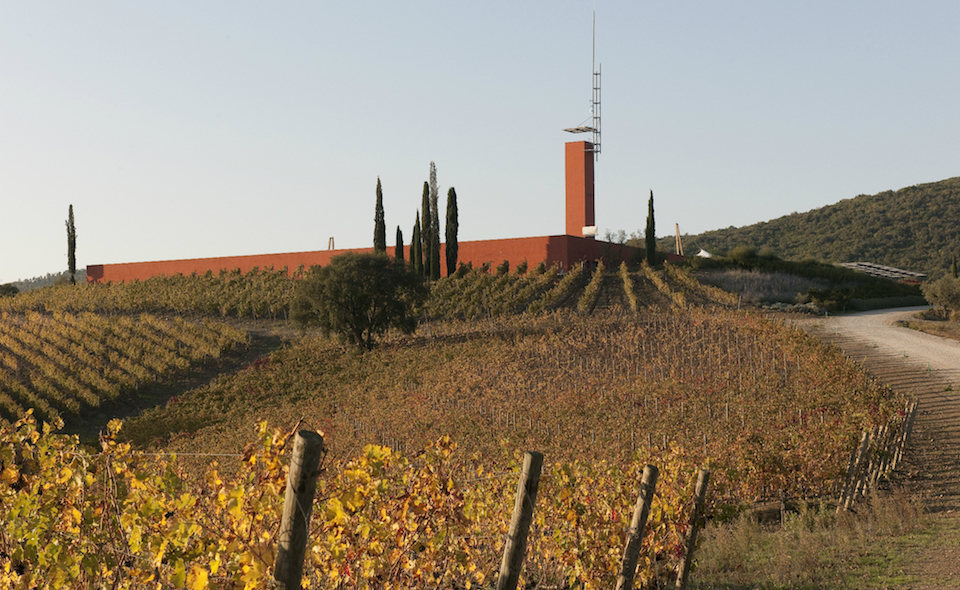 The estate sits between Gavorrano and Ribolla in Maremma where the soils have much in common with Chianti and Montalcino. Thanks to the proximity to the sea, conditions here are typically 4-6°C warmer than other parts of Tuscany which helps later ripening varieties to achieve optimum maturity three to four weeks earlier.

It took two years to assemble Rocca di Frassinello’s 500 hectares of land spread across five different farms. 90 acres are currently under vine with an event split between French and Italian varieties. The principal varieties are Sangiovese, Cabernet Sauvignon, and Merlot, along with smaller quantities of Petit Verdot and Shiraz.

The estate’s iconic wines include Baffonero which is crafted from 100% Merlot and was originally conceived as a rival to the legendary Masseto. Baffonero is vinified in concrete vats and then transferred to new French oak barriques for 14 months, followed by an additional 12 months in bottle. The wine is named after the exceptional vineyard just below the winery building where once upon a time local men and their dogs used gather to begin the boar hunt; the leader of the hunt was known as the “baffonero”.

Other top wines include Rocca di Frassinello and Le Sughere di Frassinello which are both blends of Bordeaux varietals with Sangiovese. Le Sughere is viewed as the estate’s second wine and has enjoyed great success on the international market with the 2008 vintage featuring in Wine Spectator’s Top 100 wines.

The site also boasts a stunning modern winery designed by famed architect Renzo Piano who is responsible for such world-class buildings as Centre Georges Pompidou in Paris and The Shard in London. When the grapes arrive at the winery during harvest they are sorted in an area Piano christened the “sagrato” or “churchyard” before being transferred to the fermentation vats by gravity through openings in the floor. Below sits the majestic cellar, an immense 40 metre by 40 metre space designed to store the barrels at optimal humidity and temperature.