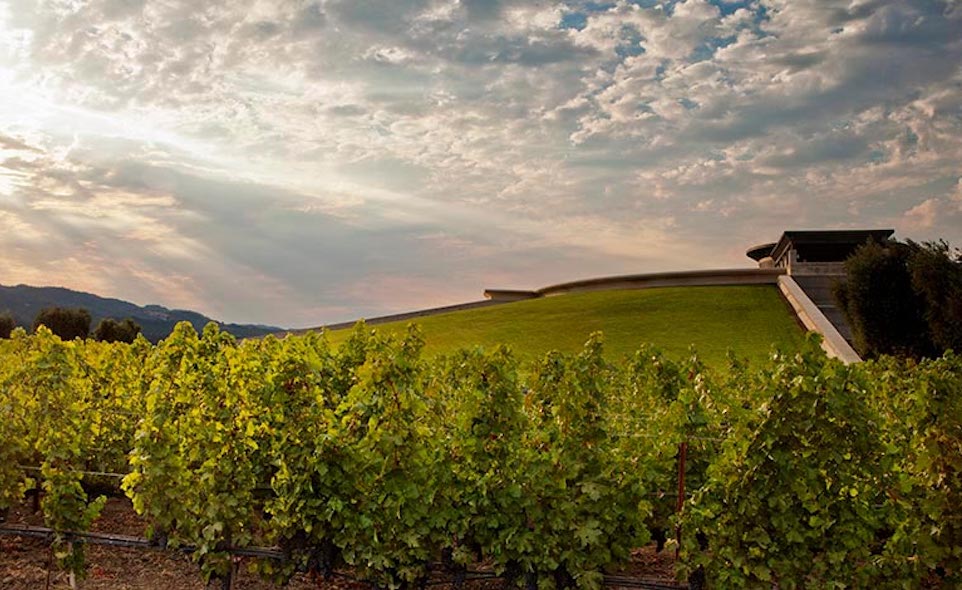 Opus One was founded in 1979 as a joint venture between legendary local winemaker Robert Mondavi and Baron Philippe de Rothschild after a chance meeting in Hawaii in 1970. Out of this collaboration was born a cult Californian wine which combines time-honed French winemaking expertise and the energy and vision of the New World.

The first vintage was made in 1979 by Chateau Mouton Rothschild’s winemaker, Lucien Sionneau, and Robert Mondavi’s son Timothy, with the project making it’s official debut on the nascent Napa market the following year. Even in those early days Opus One was setting records with a 12-bottle case selling for $24,000 at the very first Napa Valley Wine Auction in 1981, a remarkable price given the relative obscurity of Californian wine at the time.

The estate is located in western Oakville and consists of four prime vineyard plots which are predominantly planted with Cabernet Sauvignon along with smaller amounts of Cabernet Franc, Merlot, Petit Verdot and Malbec. Two plots are part of Napa’s renowned To Kalon vineyard which was first planted by Henry W Crabb in the late 1860s and has produced scores of 100 Parker point wines.

Opus One is strongly committed to sustainable viticulture and its vineyards have been certified as a Green Winery under the rigorous Napa Green program. As part of this certification Opus One has implemented 100 ambitious practices aimed at saving energy, conserving scarce water supplies, and improving the overall sustainability of the business.

Now with 40 years of exceptional grape growing and winemaking under its belt, Opus One has earned a place in the hearts of collectors and enthusiasts around the globe. The namesake flagship wine is a Bordeaux-style blend made from the estate’s finest quality fruit which ages in French oak barrels for 18 months. Then follows another 18 months of bottle ageing before it is deemed ready for release.

Opus One’s commitment to quality and sustainability extends to the winery where each individual plot is fermented separately and grapes are sorted by a high-tech optical sorter which analyses every individual berry. The winery buys over 1000 new oak barrels each year which come from 14 different cooperages.

On the international market Opus One receives a hero’s welcome with each new vintage that is released. Consistently ranked in the mid-90s by the international wine media, this bottle is the most searched-for wine on the American market and commands a very strong secondary market. Top performing recent vintages include Opus One 2009 which has enjoyed very healthy growth of 86% over the past five years.