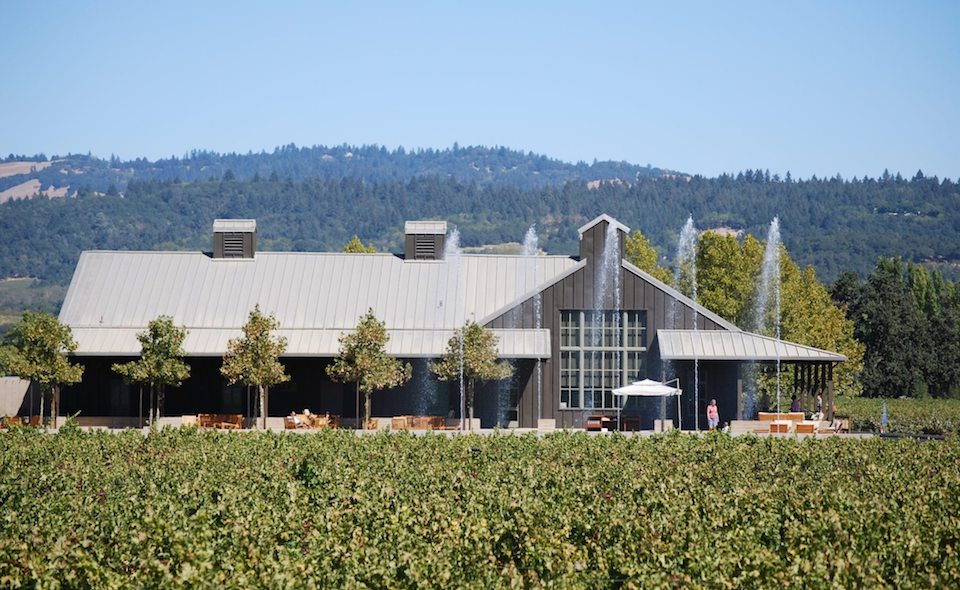 One of Napa’s younger viticultural ventures, Alpha Omega was founded in 2006 when Robin and Michelle Baggett relocated to the Valley from San Luis Obispo. Robin’s background includes a 40-year career as an attorney while Michelle worked for many years designing five-star hotels. In 1988 Robin entered the wine world as a grape grower in San Luis Obispo where he planted over 750 acres of vines and a decade later established Tolosa Winery.

The estate’s founding winemaker was Jean Hoefliger who has worked closely with legendary “flying winemaker” Michel Rolland to create Alpha Omega’s signature style. These are polished, terroir-driven wines featuring some of Napa’s most revered vineyards including To Kalon in Oakville, Beckstoffer Georges III in Rutherford, and the historic Las Piedras which was the first vineyard planted in St. Helena.

In addition to these well-known vineyards Alpha Omega uses fruit from almost every Napa appellation combining estate fruit with carefully-selected grapes from historic vineyards. From the very beginning Hoefliger and Rolland have sought to craft Bordeaux-style blends with a distinctive Napa character.

The estate’s flagship wine is ERA which is typically dominated by Cabernet Sauvignon along with smaller proportions of Cabernet Franc, Petit Verdot and Merlot. ERA is 100% barrel fermented with wild yeasts and matures for 22 months in 80% new oak. The wine is neither fined or filtered to create a powerful yet approachable wine which can age for decades.

Alpha Omega’s Single Vineyard wines are made in a similar way with barrel fermentation followed by lengthy maturation in new French oak barrels. These very limited production wines showcase the complexity of Napa’s varied terroirs, expressing the elegance of Stagecoach Vineyard sitting at 1,800 feet of altitude on Atlas Peak, the power of Thomas Vineyard in Rutherford, and the finesse and complexity of cooler climate Sunshine Valley in Oak Knoll District.

Alpha Omega takes sustainability seriously and has successfully obtained the stringent Napa Green certification for both the winery and vineyards. In 2016 the estate also installed a pioneering microgrid to utilise solar power and store energy which is the largest commercial system of its kind for a Napa Valley winery.