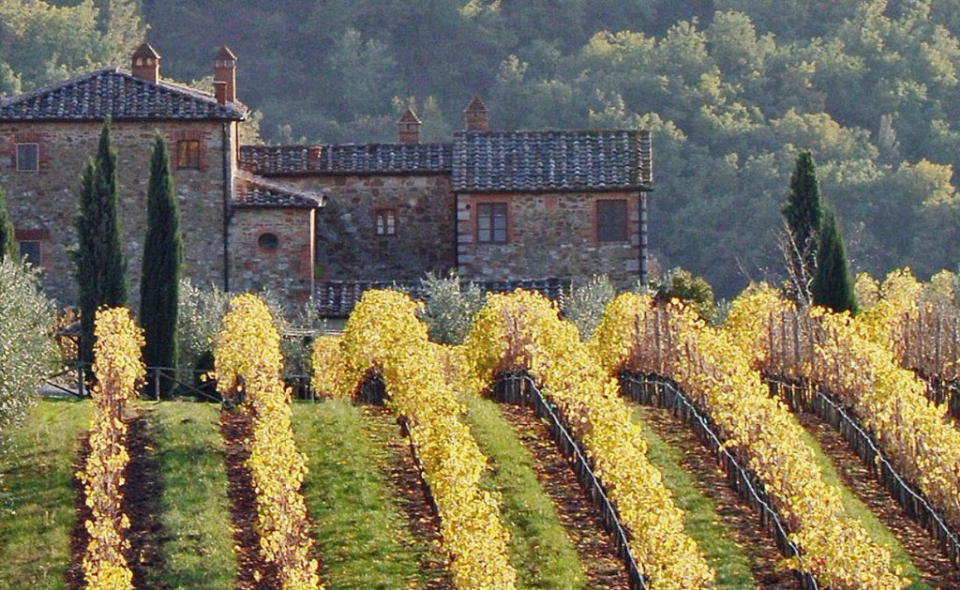 Close to the stunning medieval city of Siena is the sprawling 2500-acre Tenuta di Arceno estate. The property’s roots go deep into Tuscany’s history with traces of the pre-Roman Etruscan civilization scattered across the gorgeous vine-speckled rolling hills. The estate’s modern story began in 1994 when it was purchased by the Jackson family who are best known for their string of outstanding Californian wines including Vérité in Sonoma County. To honour the estate’s ancient past an enigmatic Roman statue found at Tenuta di Arceno occupies pride of place on the labels of Arcanum, the estate's top wine.

Tenuta di Arceno’s great strength is its expansive vineyard holdings which encompass a remarkable range of terroirs including 13 different soil types. This allows the Jacksons to tailor their winemaking approach to each individual plot and helps ensure that even in challenging vintages there will be some vineyards that thrive.

Although the region is best known for its Sangiovese-based Chianti Classico wines, the estate’s 223 acres of vines are predominantly planted with Cabernet Franc. The variety is ideally suited to the property’s unique microclimates and soils, giving a unique character to the estate's bold Bordeaux-style wines.

Tenuta di Arceno’s Head Winemaker is seventh generation vigneron Pierre Seillan who has decades of experience of working with Cabernet Franc in his family’s vineyards in Armagnac and in the Loire Valley and Bordeaux. After becoming close friends with Jess Jackson, Pierre began collaborating with the Jacksons in the 1990s and is probably best-known today for crafting the sensational Vérité wines in Sonoma County.

Pierre’s expertise and passion for Cabernet Franc has shaped the creation of the estate’s top wine, Arcanum, which is a masterful expression of the variety blended with smaller proportions of Merlot and Cabernet Sauvignon. The fruit is primarily sourced from the L’Apparita and Belvedere plots where well-draining sandy soils and exceptional exposure offer ideal growing conditions. Although eminently drinkable in youth with attractive notes of violets, roses, and sweet raspberries, this is a wine that is built to age and will gracefully evolve and develop in the cellar over the next decade or so.

Amongst Tenuta di Arceno’s other top wines is the Valadorna which is another Bordeaux-style blend composed predominantly of Merlot along with some Cabernet Franc, Cabernet Sauvignon, and Petit Verdot. The Merlot is sourced from the Valadorna and Capraia blocks which are some of the coolest anywhere on the estate and are typically the last vineyards to ripen. Another exceptional choice for extended cellar ageing, the Valadorna is typically an intense, deeply fruited wine with immense complexity and a remarkably smooth, well-rounded texture even when young.