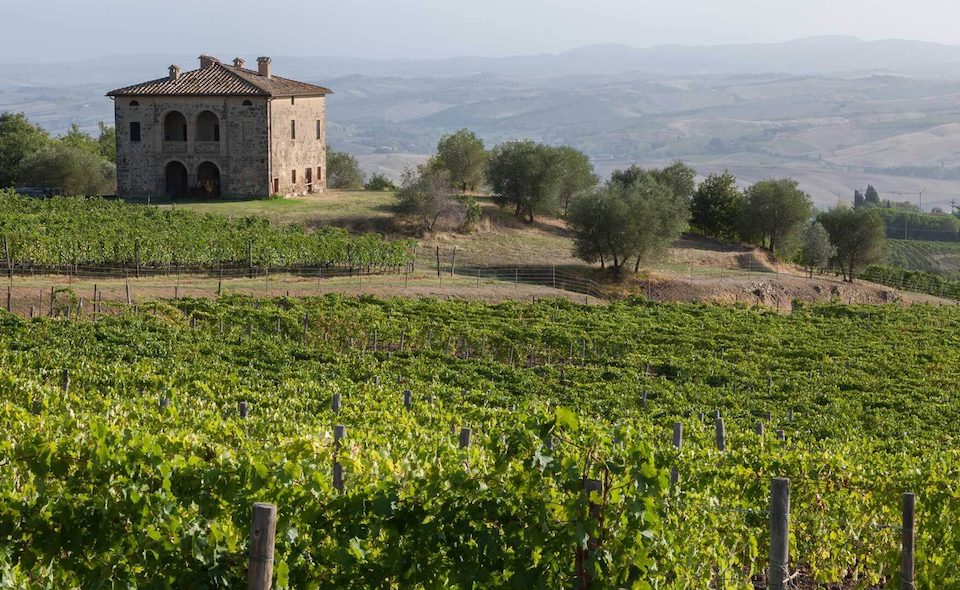 One of Montalcino’s benchmark estates, the story of Biondi-Santi is closely intertwined with the development of the region’s majestic red wines. In the 19th century at a time when Italian winemakers made wines suitable for immediate consumption to ensure quick profits, Clemente Santi was the first to create a red wine made with 100% Sangiovese Grosso that was designed for extended ageing.

Further innovation came in the early decades of the 20th century; in 1932 Clemente’s nephew Ferruccio Biondi Santi was credited as the “inventor of Brunello” in a report on viticulture in Tuscany by the Italian Ministry of Agriculture. Ferruccio instituted a number of practices that were to become instrumental in creating Brunello as we know it today, including choosing the very best Sangiovese vines via massal selection and maturing his young wines in large oak casks.

Today the estate is run by the sixth and seventh generations of the family, Jacopo and his son Tancredi, who oversee 26 hectares of vineyards in three areas. The oldest is Il Greppo which includes vines planted back in 1936 and sits at 500 metres above sea level. The family also has vineyards to the east and the north of Montalcino.

Biondi-Santi is best known for its flagship wine, their Brunello di Montalcino Riserva which is fermented in “tini” or large conical oak vats and then aged in Slavonian oak casks for 36 months. The Riserva is made in a classic Brunello style with Biondi-Santi’s characteristic medium body, well-ripened tannins and perfectly-judged acidity.

The Riserva has achieved immense success on the international wine scene and frequently receives perfect scores from wine critics. Exceptional recent vintages include the 2012 which was awarded 100 points by Wine Enthusiast.