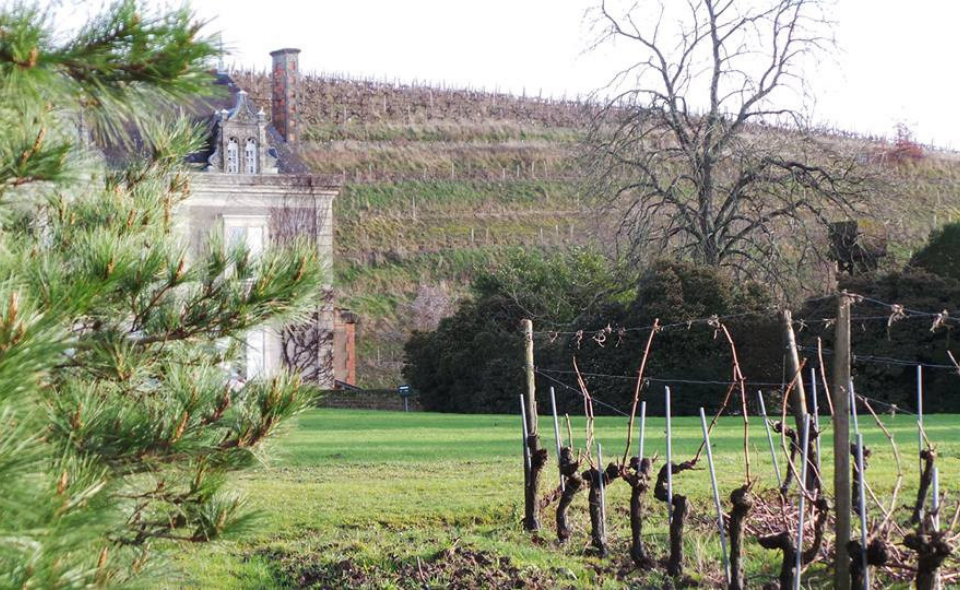 The enchanting ivy-clad Château de la Roulerie sits at the heart of an estate which dates back to 1070 and is steeped in local folklore. The chateau itself was constructed in the 15th century and is named after a 14th century knight, Chevalier Raoul, whose connection to the property has been lost in the mists of time.

The current owner is Philippe Germain who reinitiated winemaking on the estate after a hiatus of 20 years. With help from his wife and brother, Philippe farms 38 hectares of vines which have been certified organic since 2015. These holdings include terraced plots on the gentle slopes of the Val du Layon which are a real rarity in the Loire Valley. The property is predominantly planted with Chenin Blanc which thrives on the schist soils.

The region is best known for its Coteaux du Layon sweet wines which achieve exceptional quality thanks to the nearby Layon river. Over millennia the river has carved out soft rolling hills like those found at Chateau de la Roulerie and creates morning mists during late summer which help to promote botrytis or “noble rot”. This fungus plays a critical role in the traditional winemaking techniques of the Val du Layon since it dries out the grapes, increasing their sugar content and intensifying flavours.

When vinified these grapes produce decadent dessert wines whose deep golden hue and nutty, honeyed flavours are reminiscent of fine Sauternes wines from Bordeaux. Chateau de la Roulerie’s sweet wines are frequently ranked amongst the finest Coteaux du Layon and have the ability to age gracefully for several decades.

As well as stunning sweet wines, Chateau de la Roulerie has treasured plantings of old Cabernet Franc vines and produces a number of dry wines in a traditional local style. These include an Anjou Rouge made from Cabernet Franc and a Rosé D'Anjou made from the Gamay and Grolleau grapes which are commonly grown in the Loire Valley.