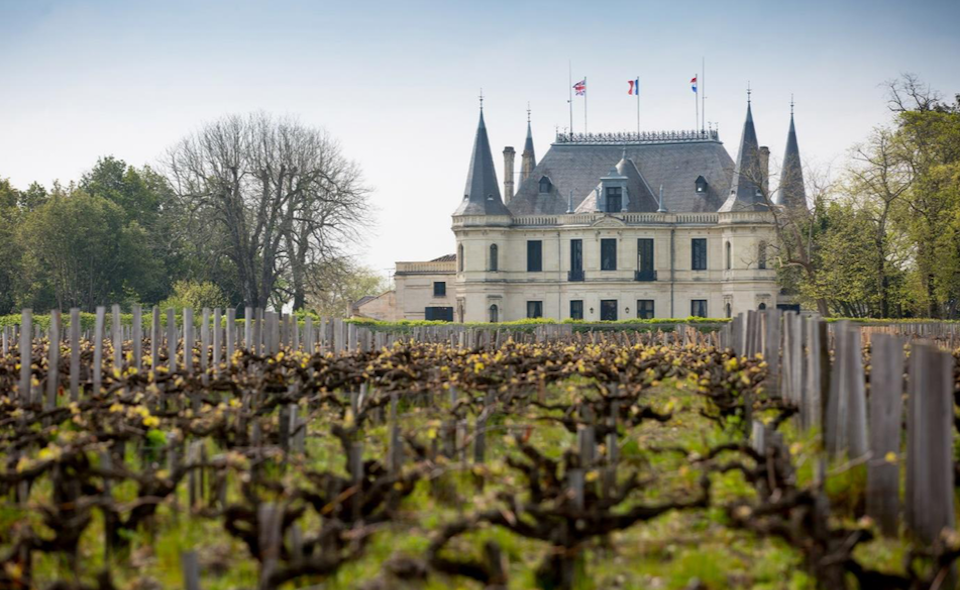 Despite being ranked as a third growth in the 1855 Bordeaux Classification, Château Palmer is the second greatest estate in Margaux after the legendary Chateau Margaux. Although based in the Médoc where Cabernet Sauvignon typically dominates, most Château Palmer vintages have roughly equal amounts of Merlot and Cabernet Sauvignon along with a drop of Petit Verdot. This composition gives Palmer its classic fleshy and generous structure which cellars beautifully.

Chateau Palmer is named after previous owner Major General Charles Palmer of the British Army who purchased the estate in 1814 and quickly built a strong British following for his wines. Today the estate vineyards cover 55 hectares (136 acres) which are predominantly set on thin gravel soils by the estuary.

Each of the plots and grape varieties is vinified separately to give the estate’s winemakers maximum control over the final composition of the blend. Chateau Palmer’s Grand Vin undergoes around 21 months of barrel aging with up to 60% new oak barrels in use. In 1998 the chateau introduced Alter Ego de Palmer as a second label rather than a second wine. This key distinction allows the estate to produce a more fruit-forward counterpart to their Grand Vin made in a more approachable style which can be enjoyed a few years following bottling.