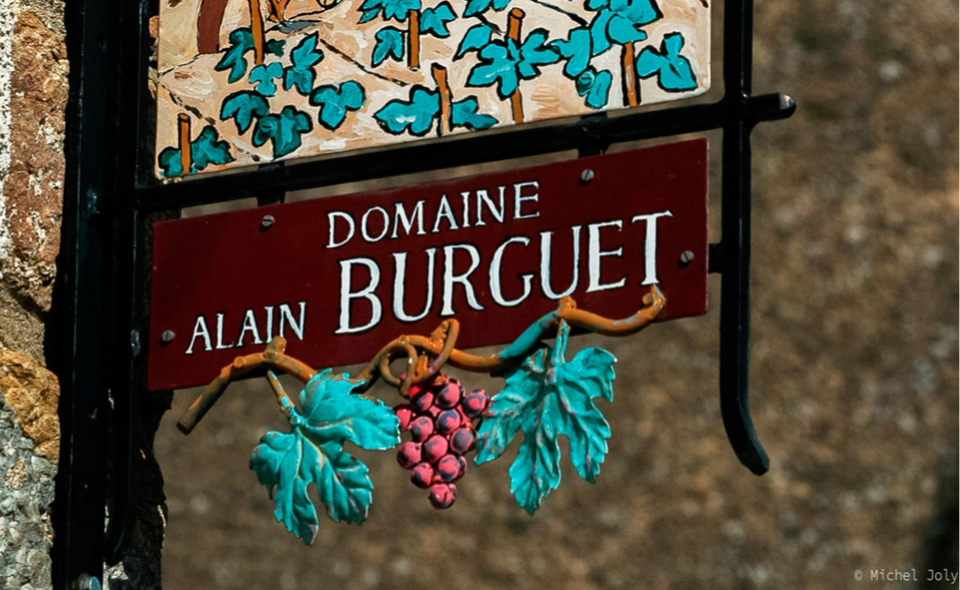 Alain Burguet was born into a winemaking family and from a young age he was set to work along with his brother in his father’s vineyards in Gevrey. Yvon, Alain’s father, expected the boys to work hard and the brothers frequently had to carry baskets of grapes that weighed nearly as much as they did! When he turned 14 his father decided it was time for his son to learn the family trade and he left school to work for his father full-time.

In time Alain decided to found his own domaine, relying initially on grapes purchased from other local vignerons or grape growers. In 1974 he was able to purchase 2.10 acres of vines in his home village of Gevrey followed by a prized Premier Cru Les Champeaux site in 1985.

Domaine Alain Burguet & Fils is unusual in Burgundy for being created from scratch since most domaines in the region have their roots in generous inheritances or fortuitous marriages. In recent years Alain has taken a back seat with his sons, Jean-Luc and Eric, taking over the running of the domaine from the 2011 vintage.

Thanks to the Jean-Luc and Eric’s preference to harvest late, the domaine has a reputation for big, generous wines with well-developed structures and smooth, defined tannins. The family’s vineyards have been farmed organically since the very beginning and the brothers have now adopted biodynamic practices in order to work in harmony with the natural environment.

In the winery the brothers prefer to adapt their winemaking approach to each wine and vintage to craft bottlings which have their own individual personality. Jean-Luc and Eric rely on indigenous yeasts which they believe highlight the vibrant streak of minerality in their wines. They also ascribe the brilliant purity of flavour in their wines to their insistence on using minimal amounts of sulphur during the vinification process.

The domaine continues to purchase grapes from trusted local growers which gives them access to a wide range of terroirs, although the focus remains heavily on the classic Pinot Noir heartland of the Côtes de Nuits along with a couple of white wines from Meursault.

The brothers’ most sought-after wine is their Chambertin Clos de Bèze Grand Cru which is made with top quality Pinot Noir grapes sourced from a vineyard on long-term contract to Domaine Alain Burguet.