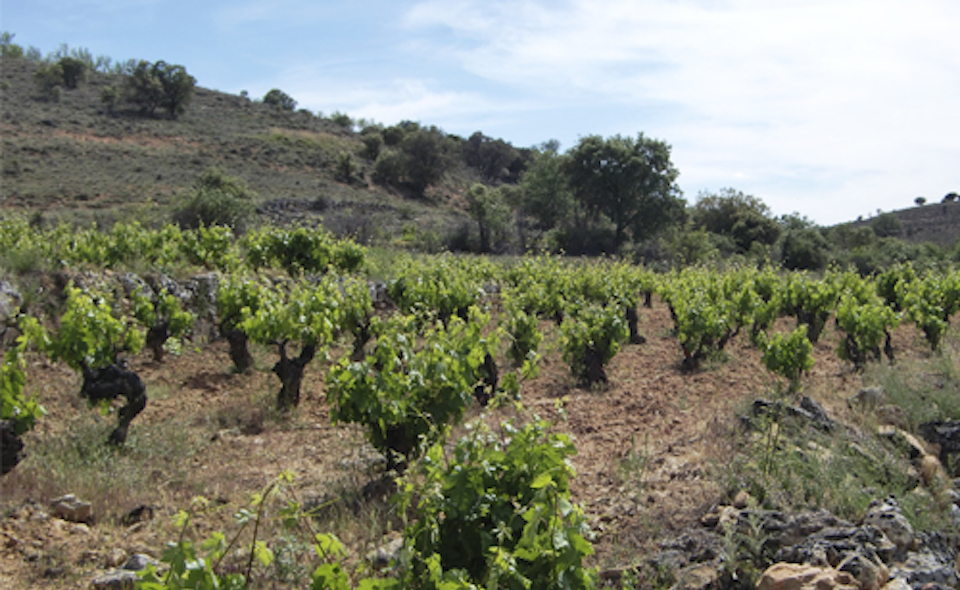 Tucked away in the isolated valley of Atauta at the eastern end of Ribera del Duero is this unique project founded by French winemaker Bertrand Sourdais. Sourdais’ career includes stints at Mouton-Rothschild, Santa Rita in Chile, and Alvaro Palacios in Priorat. In the 2000s Sourdais secured his first official position as winemaker at Dominio de Atauta in Ribera del Duero.

Success followed quickly when Sourdais made the legendary Llanos del Almendro 2002 wine which helped put the estate on the viticultural map. The wine was tasted along with 31 outstanding French and Spanish wines by top French wine critic Michel Bettane who gave it first place tied with Vega Sicilia 1994. Chateau Latour 2000 came in next with second place.

Inspired by his work at Atauta with the estate’s remarkable pre-phylloxera vineyards, Sourdais leased 25 small plots in the village which he works as a humble vigneron. The modest vineyard holdings produce tiny yields of exceptional fruit which Sourdais uses to craft his extremely rare Dominio de Es wines. In keeping with local winemaking traditions, he blends a small quantity of a local white variety called Albillo into his Tinto Fino reds.

Sourdais produces just 500 bottles of his flagship wine, La Diva, with grapes sourced from a very special vineyard with sandy limestone soils at the end of a narrow valley. The vines here are ungrafted since the area’s harsh climates and poor soils prevented phylloxera from reaching it. In the winery the grapes ferment in open wooden tanks for 20 days and the young wine spends up to 19 months maturing in French oak barrels.

Dominio de Es’ second wine, La Mata, is sourced from a 7-hectare pre-phylloxera site which has 14 different owners and distinctive heavy clay soils. Again, due to the low yields and the limited acreage, La Mata is produced in tiny quantities of around 600 bottles per year. Vinification is the same as for La Diva, with the exception of the maturation which lasts 14 months in new barrels.

Dominio de Es also has a third wine which is labelled “Viñedos Viejos de Soria" or “Old Vineyards from Soria” and crafted from what Sourdais regards as “premier cru” vineyards planted on sandy limestone soils. Powerful yet approachable even in youth, this bottling demonstrates the depth and intensity of flavour of the old vines along with an attractive earthy and floral character. Just 5000 bottles are produced each year and the wine ages in used Burgundian barrels for 18 months.