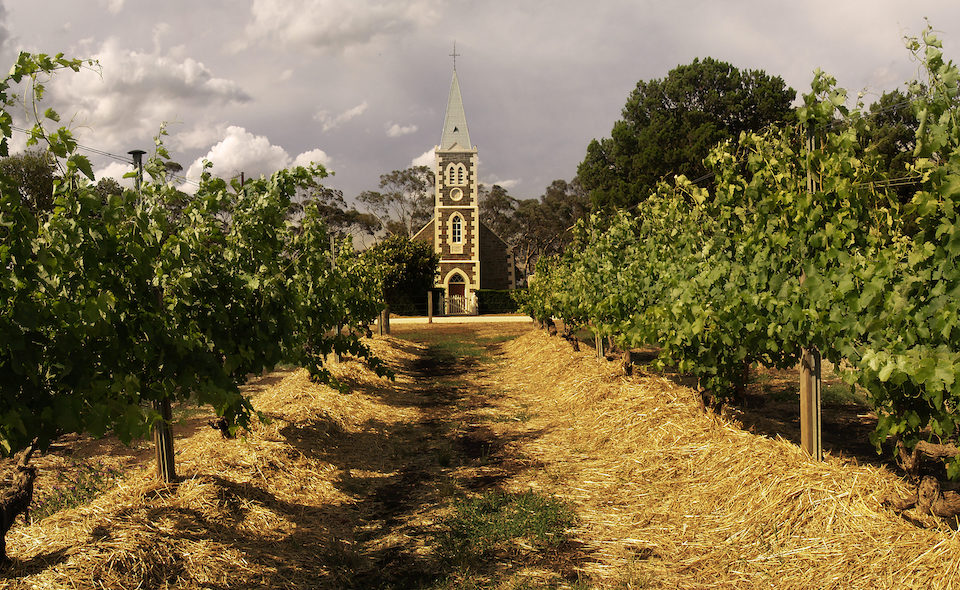 The story of Henschke begins in the 1840s when Johann Christian Henschke arrived in South Australia after a tragic 98-day voyage from Silesia in modern-day Poland which claimed the lives of his wife and two of his children. After becoming a naturalised citizen he purchased land in the Barossa Valley in 1862 with the first recorded sale of Henschke wine following in 1868.

Today the winery is still in the hands of the fifth and sixth generations of the same family. Stephen and Prue Henschke are at the helm while their son, Johann, is the estate’s talented winemaker. The couple’s two other children, Justine and Andreas, are also heavily involved in the family business as marketing and PR manager and brand ambassador respectively.

Henschke is regarded as one of Australia’s greatest wineries; in 2009 Henschke was invited to join Australia’s First Families of Wine, a prestigious body made up of the country’s top family-owned estates. The estate is blessed with some of the country’s oldest vines including prized Centenarian (vines over 100 years of age) and Ancestor vines (over 125 years of age) whose gnarled and bent forms produce top quality grapes with incredible intensity and depth of flavour.

To allow the true character of their exceptional grapes and old vines to shine through the Henschke philosophy embraces minimal intervention in the winery and vineyard. There is a strong focus on sustainability and implementation of organic and biodynamic viticultural practices, and the older vines are dry-farmed to maintain purity and concentration of flavour.

Henschke’s iconic wine is Hill of Grace which commands some of the highest prices in Australia and consistently achieves scores in the high 90s from Robert Parker’s Wine Advocate. The wine takes its name from the exceptional single vineyard plot which boasts ancient vines dating back as far as the 1860s.

In 2014 Liv-Ex recognised the growing stature of Hill of Grace by including the wine in its prestigious Power 100 Index which also includes fellow Australian estate Penfolds. The vineyard has also been recognised by Langton’s Classification of Australian Wine which is loosely based on the Bordeaux classification in 1855. In 1996 Hill of Grace was given the top ranking of “Exceptional” which was also awarded to Penfolds Grange.