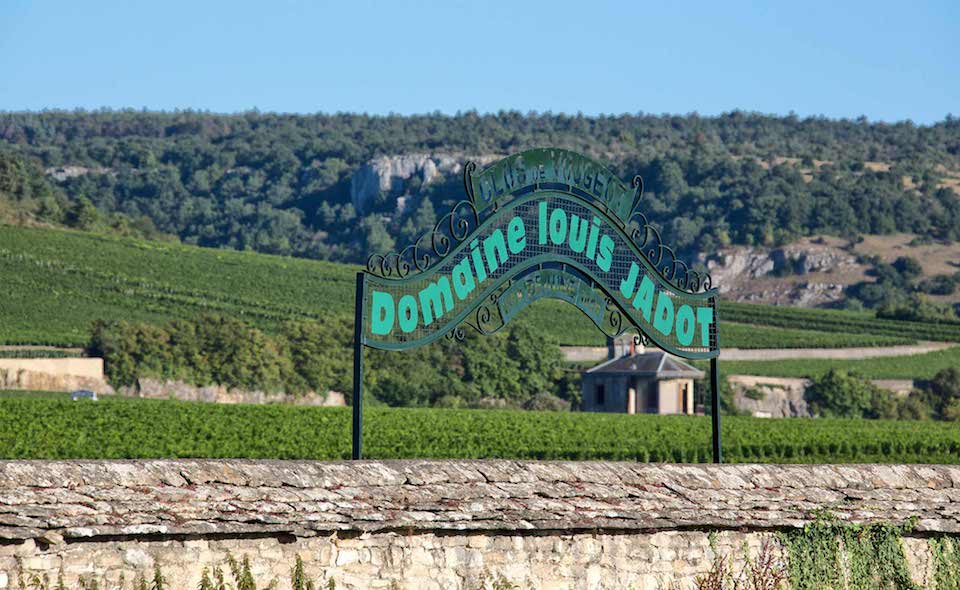 Maison Louis Jadot was founded in 1859 by a family who had already been Burgundian vignerons for generations. Today the house owns 60 hectares of prime premier and grand cru vineyards across Burgundy, including the famed Clos des Ursules vineyard in Beaune which was acquired by the family in 1826.

In recent years there has been significant investment in the winemaking facilities including a brand-new dedicated site for white winemaking plus the expansion of their purpose-built cellars on the Route de Savigny. Louis Jadot also has one of the region’s most respected winemakers at the helm, Jacques Lardière, who has taken care of their wines since the 1970s and pursues a rather distinctive winemaking philosophy.

After selecting top quality healthy grapes, Lardière’s approach in the winery is to allow the wine to guide its own course as much as possible. This includes avoiding controlling the fermentation temperature and long macerations for red wines, and no pumping over as this speeds up the fermentation process rather than letting nature take its course. During the maturation process Lardière tends to use between a third and half new oak barrels.

Lardière’s particular winemaking style tends to produce an opulent and powerful style of red Burgundy which responds very well to extended cellaring. With both the reds and whites, Louis Jadot favours minimal use of oak to allow the pure character of the grapes and the terroir to take centre stage.

Maison Louis Jadot has a broad portfolio of wines drawn from across a wide range of appellations which includes both very accessible entry level wines and exceptional Grand Cru expressions. In addition to their own vineyards, Louis Jadot is also one of Burgundy’s top negociants and sources top quality fruit from across the region to great critical acclaim.

Highlights include their Le Montrachet, Echezeaux, and Clos de Bèze Grand Crus as well as a host of top vineyards in Chassagne-Montrachet, Corton, and Puligny-Montrachet. These wines make great investment bottles, achieving consistent growth in a buoyant global market for well-made Burgundy. Recent strong performers include Domaine Louis Jadot Chapelle Chambertin 2015 which has shown 99.7% growth over the past four years.