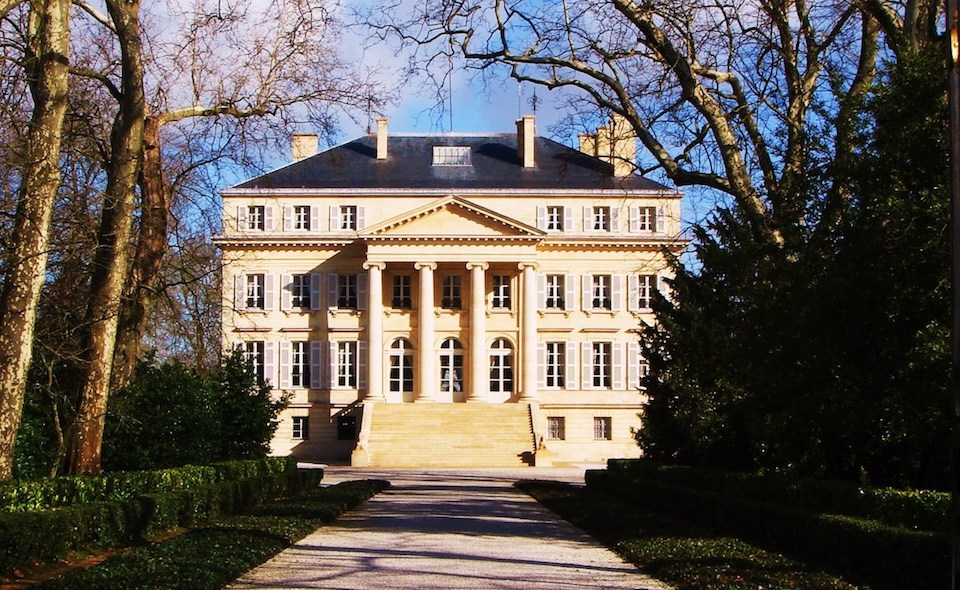 Beloved by Thomas Jefferson and blessed with the prestigious rank of Premier Cru or First Growth by the 1855 Classification, Chateau Margaux is one of the most famous producers in the fine wine world. The estate’s winemaking history dates at least as far back as the 16th century, although it wasn’t until the 1700s that it began to earn its elite status. The 1771 vintage was the very first “claret” or red Bordeaux wine to feature in a Christie’s catalogue.

The elegant neo-Palladian chateau that graces Chateau Margaux’s labels was built in the early 1800s by the Marquis de la Colonilla who was the first to own the estate after its confiscation during the French revolution. The design earned the chateau the nickname of the “Versailles of the Médoc” and many years later it was the charming ionic columns that caught the eye of André Mentzelopoulos, reminding him of his Greek homeland.

André Mentzelopoulos purchased the chateau in 1977, passing the estate to his daughter, Corinne Mentzelopoulos, on his untimely death in 1980. Under Corinne’s visionary leadership Chateau Margaux has become a household name amongst fine wine collectors and enthusiasts. Today Chateau Margaux consistently makes the finest wines found anywhere in the Médoc and has an enviable ability to produce excellent wines even in more difficult years.

The estate boasts 82 hectares of vines which are planted with 75% Cabernet Sauvignon, 20% Merlot, and small quantities of Cabernet Franc and Petit Verdot. Like many wines of the Left Bank, these are densely-structured, perfumed and powerful red wines which are made to age for decades. Unsurprisingly, their exceptional character has repeatedly captured the attention of the world’s top wine critics; Robert Parker awarded 100 points to the legendary 1900, 1990, 1996, and 2000 vintages, while the 2016 vintage was awarded 99 points by Wine Enthusiast.

Chateau Margaux also holds the distinction of being the creator of the most expensive bottle of wine never sold. In 1989 wine merchant William Sokolin brought a bottle of Château Margaux 1787 from Thomas Jefferson’s collection to a Margaux dinner at the Four Seasons in New York. Tragically this rare bottle was destroyed by a server who knocked it over. William Sokolin had originally claimed the bottle had a value of $500,000, but insurers later paid out $225,000 to cover the loss.