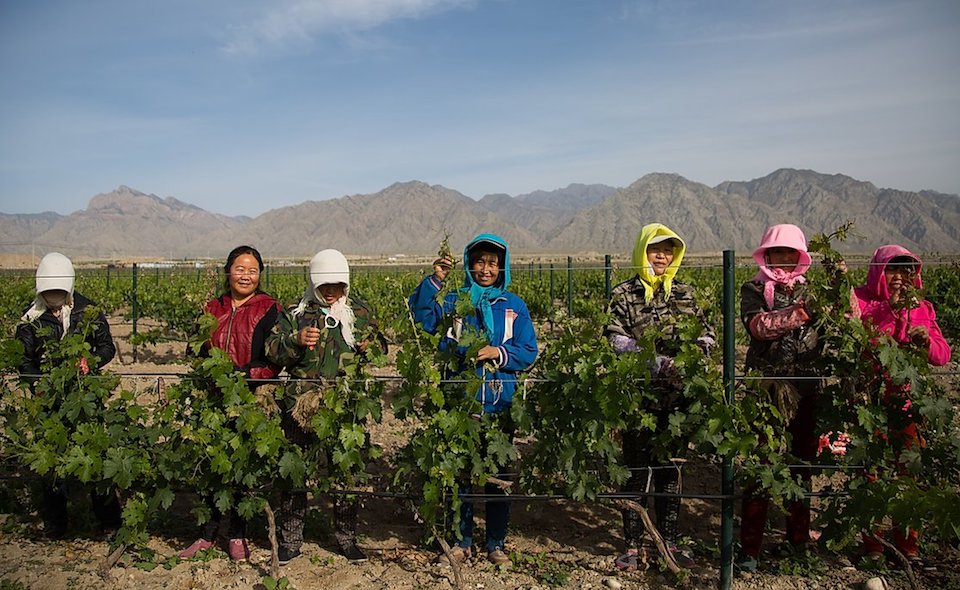 Regarded as one of Ningxia’s finest boutique wineries, Silver Heights represents a new wave of exceptional producers at the forefront of China’s viticultural revolution. The winery has even been endorsed by Xi Jinping who served Silver Heights Family Reserve Chardonnay 2017 to visiting French premier Macron at a state dinner in 2019.

Founded by father and daughter Lin Gao and Emma Gao in 2007 after a 10-year search for the ideal site, Silver Heights is set in the foothills of the Helan Mountains in China’s northwestern Ningxia province. Lin Gao had long believed that Ningxia had the potential to be a world-class wine region and he persuaded his daughter, Emma, to study winemaking in Bordeaux.

While there Emma interned at several top estates including Château Calon-Ségur where she fell in love with and married winemaker Thierry Courtade. The couple soon moved to China and began working with Emma’s father to make tiny quantities of wine on her parents’ farm.

Over the years the project has grown dramatically from these humble beginnings to become one of China’s most exciting boutique wineries. As well as being presented to Macron, their Family Reserve Chardonnay has also been served to German Chancellor Angela Merkel, with the 2014 vintage poured at a state dinner during her visit to China in 2016.

Silver Heights’s other wines include Emma’s very special private collection bottling, Emma’s Reserve, of which just 2,000 bottles produced each year. Conceived as a rival to Bordeaux’s Grand Crus, the wine is crafted from 100% Cabernet Sauvignon and ages in new French oak for 24 months. The 2009 vintage was awarded 17 points out of 20 by Jancis Robinson MW, making it the highest-scoring Chinese wine according to the legendary British wine critic.

The Summit is Silver Heights’ flagship wine and is styled as a Bordeaux-style blend composed of Cabernet Sauvignon and Merlot. The name captures the Gao family’s drive to produce world-class Chinese wines and also references a revered ancient Chinese poem. Aged in new French oak for 12 months, this is an opulent, well-structured wine which is already one of Ningxia’s most sought-after bottlings.