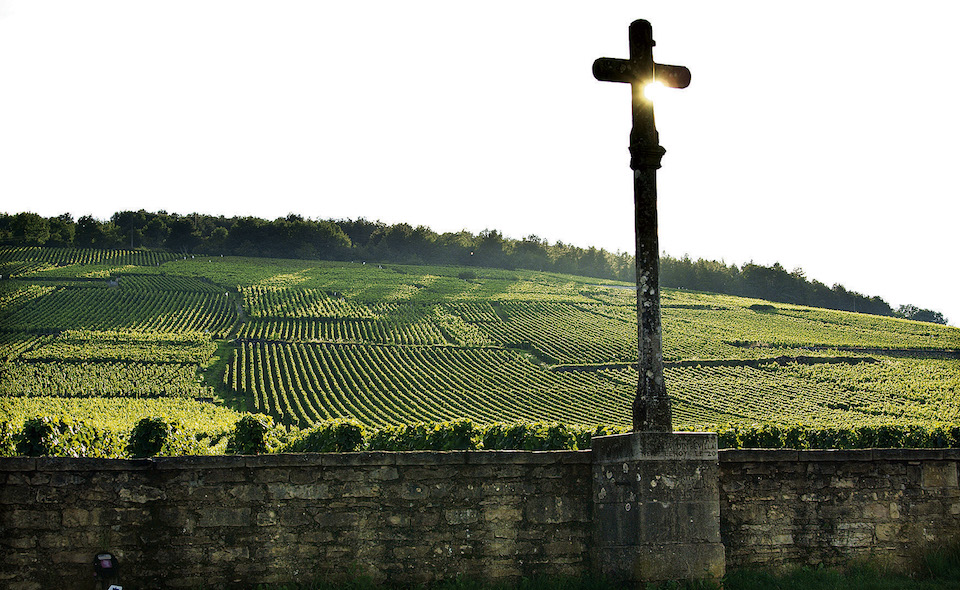 Easily the most revered producer of fine wine, Domaine de la Romanée-Conti crafts some of the most coveted and expensive bottles on the planet. Frequently referred to simply as “DRC”, the domaine boasts 25 hectares of Grand Cru vineyards which include the legendary La Romanée Conti and La Tâche plots. This is a unique advantage which sets DRC apart from any other Burgundy domaine since they only produce wine from Grand Cru sites.

The origins of DRC date right back to 1232 when it was owned by the Abbey of Saint Vivant in Vosne. The monks worked a vineyard of 1.8 hectares in what is today the La Romanée Conti plot. Even in those early days the monks recognised the exceptional quality of the terroir. Four centuries later under the ownership of Philippe de Croonembourg the La Tâche vineyard was added to the property.

In 1760 the domaine was sold for an enormous sum to the Prince of Conti who successfully won a bidding war with the King’s mistress, Madame de Pompadour, and added his name to the estate. More drama was to follow when the domaine was confiscated following the French Revolution and sold off at auction.

Today the domaine is joint owned by the de Villaine and Roch families and is run by Aubert de Villaine and Henri-Frederic Roch. DRC’s philosophy is centred on producing tiny yields of exceptional quality grapes which are treated with a very light touch in the winery. Each year the domaine produces a scant 6000-8000 cases across all of its Grand Crus which are quickly snapped up by with deep pockets and the right connections.

Romanée-Conti Grand Cru is the estate’s flagship wine which regularly receives perfect scores from international wine media; the 2016 and 2015 vintage received 100 points from Robert Parker’s Wine Advocate. Widely regarded as the highest expression of the Pinot Noir grape, just 450 cases of Romanée-Conti are crafted each vintage making this the rarest and most expensive wine in the world.

Other top wines include La Tâche, Richebourg, and Grands Echezeaux. DRC also has the benefit of owning the most land in each of the Grand Crus it uses for red wine, meaning that in slightly less prestigious crus like Échezeaux wines made from their prime vineyards are typically far better than those of their neighbours.

From an investment perspective, Romanée-Conti’s top wines have soared in value in recent decades. A prime example is the DRC Romanée-Conti 1990 which has risen by more than 3000% over the past 20 years. More recently, the focus has shifted to the domaine’s more accessible wines which have shown excellent growth; the Domaine de la Romanée-Conti Echezeaux 2010 rose in value by 176.9% over the last five years.